3rd Most Common Cause of Home Fires: ELECTRICAL MALFUNCTION 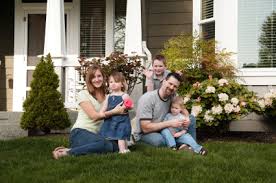 Despite the best efforts and safety focus of manufacturers, installers and inspectors, home electrical problems caused an estimated 67,800 home fires and $868 million in property losses in 2003, according to recent data from the United States Fire Administration (USFA). 1 The USFA is part of FEMA (Federal Emergency Management Agency) and is committed to reducing the number of deaths and economic losses due to fire and related emergencies. The USFA also reports that electrical fires annually cause an estimated 485 deaths and injure almost 2,300 more individuals.1 And homeowners aren’t the only victims – more than 23,000 firefighters are injured or killed battling residential fires in general.2

The tragic loss of human life and injury, as well as extensive property damage, from residential electrical fires is real – with a total annual fiscal impact estimated to be more than $3.4 billion. In fact, overall, residential fires in the U.S. cause 77 percent of the fire deaths; 73 percent of the fire-related injuries; and 54 percent of the total dollar loss.3 This staggering loss stresses the importance of homeowners taking the proper precautions to safely escape injury once a fire starts. In addition, homeowners should educate themselves about potential life-saving technology that can significantly decrease the chance of an electrical fire starting in the first place.

This is especially important with new home construction, where safety needs to be the number one priority in the home building process. The cost for increased electrical safety is insignificant compared to the damage and tragedy electrical fires cause year after year. Unfortunately, in many cases, home buyers are not presented with safety choices that have the potential to decrease the chance of an electrical fire from occurring. A key step in this process is for builders, electrical contractors, and anyone involved in residential construction to educate the home buyer on potential life-saving tools. The following review highlights the staggering economic impact of fires in the home.

Property damage and/or physical and emotional injuries due to electrical fires can be devastating. Every year, electrical fires result in hundreds of deaths, thousands of injuries and hundreds of millions of dollars in property damage. While some fires are caused by faulty products, many more are caused by the misuse and poor maintenance of electrical equipment, incorrectly installed wiring, overloaded circuits and misapplied extension cords.

Electrical fires can also lead to long-lasting emotional distress on children and adults. Fires are unpredictable and uncontrollable, and may provide only seconds to get fellow family members and pets safely outside. During a fire, people often lose all family heirlooms, photo albums and other irreplaceable items.

Once family members actually make it safely outside, they may face additional problems, such as where to find immediate shelter, food and water, money, sufficient clothing, temporary housing and more.

Whether there is minimal damage or a home is completely lost, fires often disrupt a family’s routine and its sense of safety. The loss of a home and personal items, can lead to depression and elevated levels of distress. In the aftermath of a fire, families are often burdened with financial hardship and medical problems. It can also be confusing and frustrating to deal with insurance companies and disaster assistance agencies. Overall, the physical and emotional recovery process following a fire can be lengthy.

While no amount of money can account for the loss of a loved one, the United States Consumer Product Safety Commission (CPSC) uses a statistical value per life of $5 million, and according to its so-called Injury Cost Model, the estimated cost of a fire-related injury is about $56,000 per incident.4 When applying these values to the USFA’s data pertaining to the number of deaths, injuries and property damage attributed to electrical fires, the total annual cost of residential electrical fires amounts to approximately $3.4 billion ($2.4 billion in deaths plus $129 million in injuries plus $868 million in property damage). This figure represents the direct costs to residents and homeowners who are victims of residential fires caused by problems in the electrical system. Indirect costs, like insurance issues and temporary housing, often have additional negative effects.

Additional firefighter deaths occur as a result of job-related chronic illness that develops over long periods of time, such as emphysema or lung cancer. FEMA reports that the most frequent cause of a firefighter’s death is stress or overexertion leading to heart attack and stroke.3 Injuries range from muscular pain, strains and sprains to burns, smoke or gas inhalation. The USFA estimates that one-third of firefighter injuries result in lost work time.6

In looking at the overall impact of injuries sustained in fighting fires, a number of direct and indirect costs need to be taken into consideration. Based on reports, direct costs usually include the expenses related to treating and compensating for the immediate injury or illness. All other costs, such as the funding of personal protective equipment and additional staff and training, are considered indirect. Many of these costs are intangible, making them difficult to measure. In fact, according to FEMA, indirect costs may be as much as eight to ten times higher than the direct costs.3

However, several organizations have studied the issue and have come up with an estimated impact in dollar figures associated with firefighter injuries. For example, a study prepared for the U.S. Department of Commerce (USDC) in August 2004 estimated the annual cost of addressing firefighter injuries and the efforts to prevent them or reduce their severity to be as much as $7.8 billion per year.6 This figure was based on workers compensation payments and other insured medical expenses, including long-term care, lost productivity, administrative costs of insurance and others.

This cost estimate didn’t figure in additional factors, such as labor costs of investigating injuries and the hours of data collection, report writing and filing. In addition, there also are costs pertaining to what fire departments pay to provide their employees with health insurance coverage, as well as for safety training, physical fitness programs, protective gear and equipment and its maintenance. These cost components alone account for $830 million to $980 million per year, the USDC reports. 6

Another method to determine the economic impact of firefighter injuries due to residential fires is to use the value the CPSC places on death and injury. Using the CPSC’s per-life estimate of $5 million and the per-injury value of $56,000 measured against USFA estimates, the impact in dollar amount is approximately $1.4 billion ($90 million in deaths plus $1.3 billion in injuries). It is important to note that this total does not factor in many of the indirect costs highlighted previously.

THE OVERALL ECONOMIC IMPACT OF FIRE

No matter how it is examined, the annual direct and indirect costs associated with firefighter injuries total billions of dollars. These estimates confirm that residential fires are a major problem in the United States and have a tremendous negative effect on society. In fact, combined losses from all natural disasters – hurricanes, tornadoes, floods, and earthquakes – represent just a fraction of the losses from fires. This makes fire safety initiatives by both homeowners and homebuilders key to reducing overall death, injury and property loss.

Many devices can be used in the home to reduce the effects associated with electrical and other types of residential fires. While functioning smoke alarms, fire extinguishers and emergency safety ladders increase a family’s chances of escaping injury from an electrical fire, other potential life-saving technology, such as arc fault circuit interrupters (AFCIs), can actually help to prevent fires from occurring in the first place.

AFCIs are the next generation in circuit breaker technology and provide a higher level of protection by shutting off the electrical circuit before an actual fire results. The U.S. Department of Housing and Urban Development (HUD) listed AFCIs as one of the many devices that can be used to prevent burns and fire-related injuries.7 However, the 2008 National Electrical Code is considering expanding its requirements for AFCIs, with the potential to make homes a lot safer. In fact, experts from the CPSC estimate that AFCI protection in circuit breakers could have prevented 50 percent or more of the fires caused by problems in the electrical system.4

The costs to homeowners to have builders add additional protection to the home – in the form of AFCIs – is insignificant when compared to the risk of death and injury caused by electrical fires. According to the CPSC, the average professionally installed cost differential between an AFCI and a standard circuit breaker is between $15 and $20. With the average number of circuits requiring AFCIs being 12, this equates to an approximate cost increase of $180 to the homeowner, or .093% of the national average home cost.8 This cost is much less than some “non-safety related” upgrades that are typical in a new home. Existing homes may also be retrofitted with AFCIs at a reasonable cost, and this step should be strongly considered as homeowners remodel their current electrical system.

Despite the best efforts and safety focus of manufacturers, installers and inspectors, various safety and governmental agencies have confirmed the devastating impact residential fires have on homeowners and firefighters. Each year, approximately 68,000 fires caused by problems in a residential electrical system result in thousands of injuries and billions of dollars in overall economic impact. This heavy toll on human life and property provides a clear indication of the need for homeowners to properly protect their home. The key step to decreasing the annual impact of electrical fires begins with the homebuilding process. It is vital that builders, electrical contractors, electrical inspectors and anyone with knowledge of the available solutions who are involved in residential construction recognize the devastating impact on human life and educate the home buyer on the potential life-saving tools that are available. Saving a human life or preventing injury or property loss is well worth the minimal cost of additional electrical fire protection in the home.

6 The Economic Consequences of Firefighter Injuries and Their Prevention. Final Report developed by TriData Corporation for the United States Department of Commerce, Building and Fire Research Laboratory, National Institute of Standards and Technology, 2004.